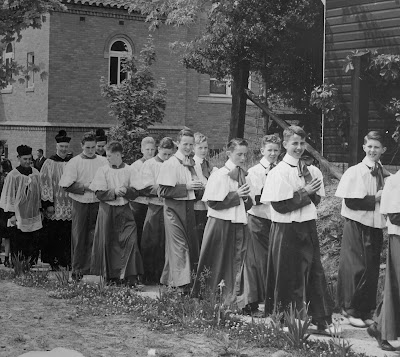 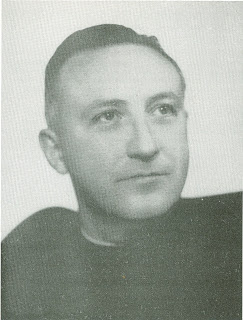 In 1960, Teaneck had 42,085 residents. Fr. Henry Goodwin came to St. Anastasia in 1954 as an assistant to Fr. Quigley in matters of administration. He had experience in serving St. Joseph’s in Bogota, His military background and wide experience in education were valuable assets to the parish. During this period the school enrollment continued to expand. Fr. Henry’s genial nature and rapport with children made him invaluable to the sisters and teachers. Fr. Henry succeeded Fr. Quigley as pastor in 1960.

Jim Bishop described this time in the early ‘60’s:
“It was one of the quiet periods in the history of the parish—quiet in the sense that the expansion and building boom were over—but very much alive and active in the spiritual and social growth of the community. We had no idea of how great an impact the decision of the Vatican II Council would have on our religious lives. As the translations and interpretations of the Council filtered down to the parishes, we would experience the greatest changes and confusion of the generation.” 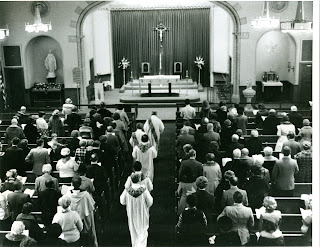 As the impact of the decrees of Vatican II began to be felt, the parish realized that a whole new concept for the Church would take shape. A greater, sometimes confusing, role was offered to laity in participating in the decision-making processes of St. Anastasia’s. Perhaps ultimately what it accomplished, in the words of one parishioner, was to give all a chance “to grow up” spiritually.

The first visible sign of a major shift in thinking about “parish” can be seen in the change in the altar. In 1967 the old altar was removed and a simple table altar was placed forward in the sanctuary. The railing was removed, and a minimal onyx and brass rail indicated a reduction in the gap between clergy and laity. The altar that was replaced was twenty feet high and replete with carvings of the Blessed Virgin.

In the ‘90’s, St. Anastasia’s has been catholic in diverse ways with liturgy. The parish has hosted among other liturgies, Simbang Gabi, or the Filipino Christmas tradition of nine dawn masses; Gospel Masses; and weekly children’s liturgies. Interfaith services, including Thanksgiving and a Seder, were celebrated. In 2008, these and other liturgies continue to be practiced.

Father Henry baptized me and was pastor when I went through St. Anastasia School (Class of 1969). My brother remembers an annual collection being taken up for his cigars. Father Paul Schweizer recently reminded me about Fr. Henry's terrifying Doberman.

I used to deliver the Bergen Record to the rectory and the convent during the early 60's. Father Henry would always give me 50 cents per week for payment of the news paper even though the cost was only 33 cents per week, that was a huge tip back then. On Christmas he gave me $5.00 almost a weeks pay. I'll never forget him!