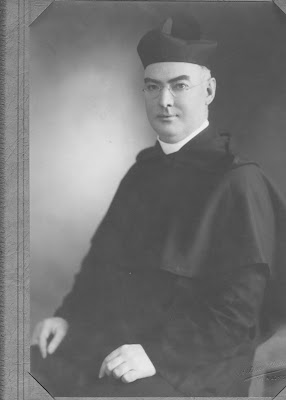 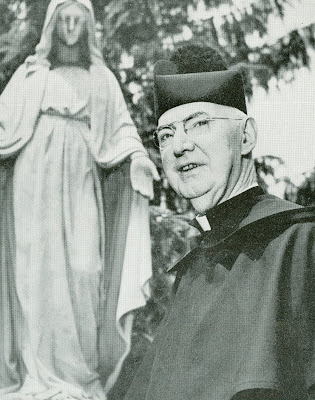 Fr. Silverius Quigley became pastor in 1933, coming from St. Cecilia’s in Englewood. He had served St. Cecilia’s first as assistant and then prior and pastor for 24 years. He brought many ideas with him, including the famous "tombolas". Fr. Quigley stayed at St. Anastasia’s for 27 years.


His career was distinguished by his deep interest in education and building. He began with a school in 1933. In a reversal of Anastasia Kelly’s requests to the bishop, Fr. Quigley assembled the staff and before he received permission to build the school. Jim Bishop, parishioner and syndicated columnist, described this time in the publication for Fr. Quigley’s Jubilee:
"In September 1933 Fr. Quigley opened a few rooms in the old wooden church as the beginning of a parochial school. Later he added four more rooms to the temporary structure. A frame dwelling on Jerome Place was readjusted to make it suitable as a convent for the Sisters of Charity. Reverend Mother Benita agreed to staff the new school with teachers. The first appointed were Sisters Grace Margaret, Sister Servant, Eileen Patricia, Agnes Veronica and Rita Bernadette. Others followed in rapid order. A larger three-story house at 1 Jerome Place was purchased by the parish and renovated to become the first official convent. These sisters and those who were added later... marked the opening of a new era in the township.” 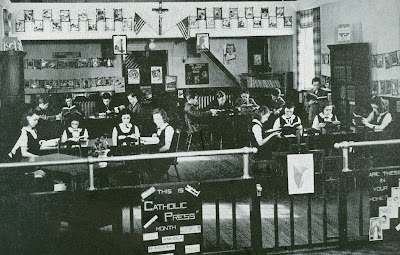 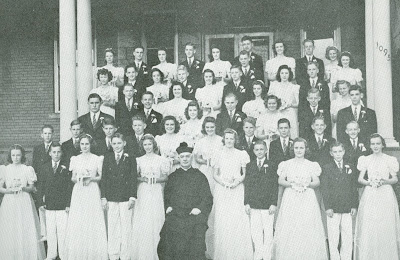 By 1936, St. Anastasia had its first graduating class. The first kindergarten to 8th grade class graduated in 1941. 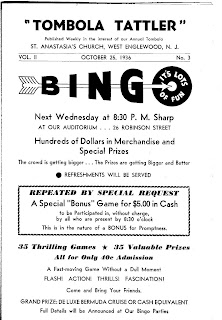 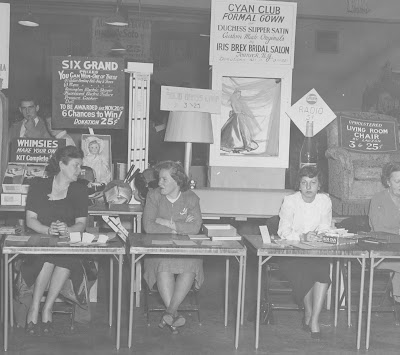 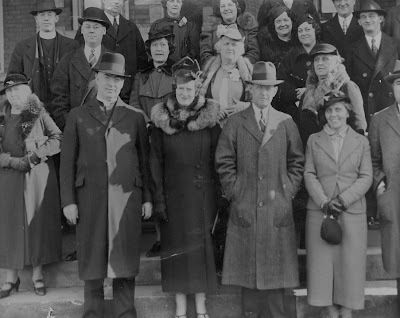 
“Tombola” means a “festival” or “fair” in Italian. Fr. Quigley brought this idea with him from St. Cecilia’s in Englewood, and used it successfully to draw St. Anastasia’s parishioners into events similar to the Bazaars of the past.
“The Settlers belonged to the Lutheran church. The pastor at St. Paul's was one hell of a nice guy -- named Schnabel. He'd invite all us Catholics to come to their picnics. We're all close neighbors and we'd go to Greenwood Lake on the trolley. The trolley would stay on a siding and bring us all back. When the Catholics were having tombola - Pastor Schnabel would say to his people, ‘Come on, let's make a good showing.’ He practiced ecumenism 30-40 years ago. There was a lot of animosity in our town. Some of our dear Irish neighbors thought if you were not a Catholic, you would go to hell. They were shocked when our priest said that was not so.”
--Jack O’Brien.

In 1940, Teaneck had 25,215 residents. Fr. Quigley added a parking lot to the church’s properties. An architectural drawing in St. Anastasia’s collection shows the diagram of the lot, with spaces for 39 cars, all parked diagonally, each space 8 feet in width.

By 1950, 33,777 people lived in Teaneck ---and Catholics crowded masses. More Masses were needed. Fr. Quigley suggested that the lower church, originally a meeting place for societies and activities, be converted to a place of worship to accommodate the large numbers of worshipers attending Mass every week. Masses were held simultaneously in both the upper and lower churches.

Pictured: Tombola Tattlers, 1936. This was a weekly parish publication during the Tombola publicity season.
Posted by Patricia O'Brien Libutti at 7:46 PM