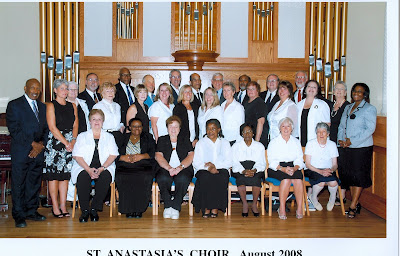 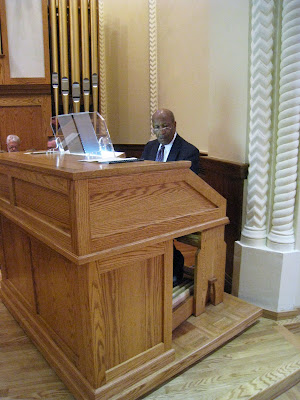 Music had always been a part of St. Anastasia’s worship service. The Choir has existed since the first decade of the church’s founding (Announcements 1914). At this time, there are numerous musical roles taken by parishioners: the full choir, which sings at the 10 am Mass; songleaders for specified Masses; and a folk group, which performs at the 7 pm Mass. All are under the direction of Charles Warren, the music director. There have been children’s choirs, both long ago in the 1920’s and more recently in the mid-nineties.During this Jubilee Year, the organ was repaired and relocated, at a cost of $160,000, to the main level of the church . Further furnishings in the church include light wood and muted turquoise blue upholstered benches and chairs, which replaced the pews. A Centenary Capital Campaign was led by Fr. Dan in January 2008 for the new work that was done.