The Old School and the New School 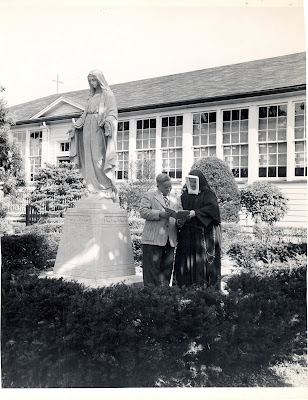 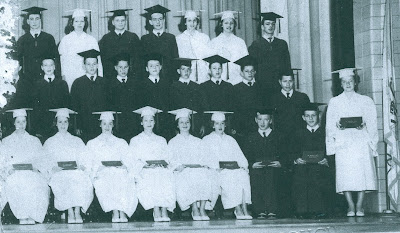 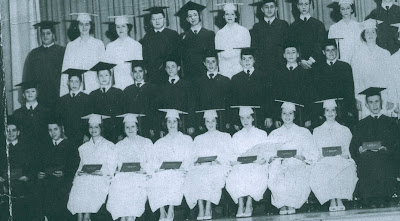 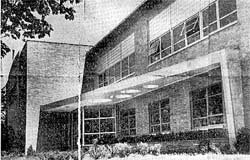 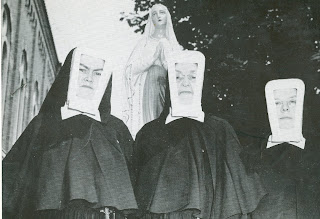 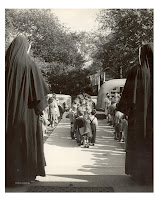 By 1950, 33,777 people lived in Teaneck ---and Catholics crowded masses. More masses were needed. Fr. Quigley suggested that the lower church, originally a meeting place for societies and activities, be converted to a place of worship to accommodate the large numbers of worshipers attending mass every week. Masses were held simultaneously in both the upper and lower churches.

The increasing numbers who presented themselves for enrollment in the parish school each year filled the temporary classrooms far beyond their standard quotas. Nothing could solve this space problem except providing more temporary classrooms or building an entirely new school. Ground was broken in October 1950 for a new school, which included 16 classrooms, plus a kindergarten, medical room, teacher’s room, library, and auditorium, built at a cost of $750,000. It was ready for the pupils in September 1951. The school auditorium was named after Fr. Quigley decades later; the auditorium in the church became a large chapel, until it was part of 21st century restructuring as the Redmond Center. 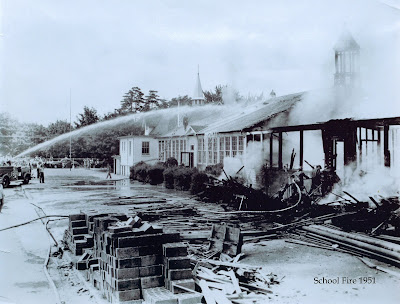 One of the most tragic events in the history of St. Anastasia was the burning of the old school in the summer of 1951. At the time, the new school was being built right next door. The firemen fought to save the little old church, which was a repository of parish and school books and records. Damage was about $40,000. Dr. Barnett Bookstaver, Teaneck’s health director, died of a heart attack during the fire.

The convent on Jerome Place also became overcrowded, and with the increasing number of sisters necessary to staff the new school, a new convent was needed. It was located behind the church and constructed at the same time as the school for a cost of $350,000 in 1951.It was to become the present rectory in the 1970’s.

Picture 1: Outside the old school on a spring day.

Picture 5: Three Sisters of Charity, the order that first came to the school.

Picture 6: Children leaving school from the Robinson Avenue side

My name is Paul Smith (class of 1954) in picture #3.
The unidentified person siting to my left is Allen Freer.