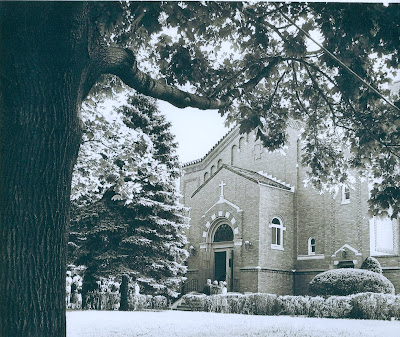 This poll also gauged the interest in building a new church. Although parishioners were interested in a new building by a slim margin of 22 votes, expanded costs beyond original estimates led to the discontinuation in this direction. The study also measured the satisfaction of the parishioners with many aspects of parish planning. Currently, the arrangement of the alter appears to be appealing, according to both information gathered and informal quotes: “Not only are you looking at the altar and seeing all that goes on there, but you can see the people behind the altar. When you sit ‘in the round’ like that, you notice the diversity of the community”, noted parishioner George Stahl.

St. Anastasia’s opened its Web site in 2005, designed by parishioner Dave Rodriguez in 2005.The essential information any parishioner needs, as well as religious resources (such as The Bible and Carmelite links) can be found at: http://www.saintanastasia.org.

The web site also spotlights the religious leaders of the parish, which – in 2008 – included the pastor, Fr. Dan; associate pastor, Fr. William O’Malley; and two priests in residence, Fr. Emmett Gavin and Fr. Eugene Bettinger. All four are Carmelite priests – the order that has faithfully served the parish since the day it was founded. Also highlighted on the site are the deacons, Roland Bianchi and Kevin Reagan; Sr. Adrienne is the faith formation director and Faith Rose is the youth minister.
Posted by Patricia O'Brien Libutti at 7:36 PM