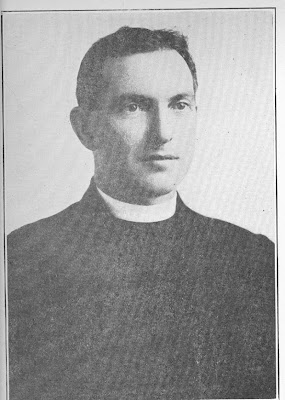 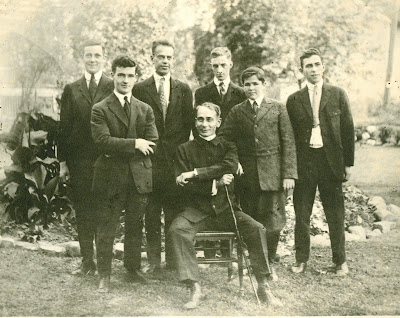 Fr. Benedict O’Neill (1921-1933) focused on a church building fund. Attendance at Sunday Mass had increased so much that an enlargement of the original building was done.

Fr. O’Neill’s first major undertaking was the expansion of the original church, doubling its seating capacity. A transept, spire and basement were added. Inside the church, a spired wooden altar was framed with leaded windows that filtered the light on parishioners who most likely walked to Mass. Pictured:expanded church. 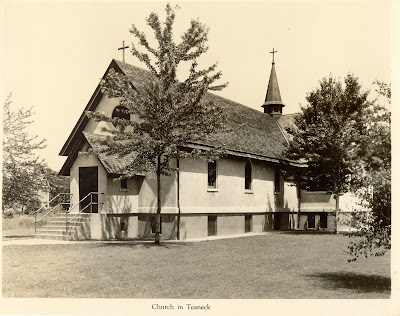 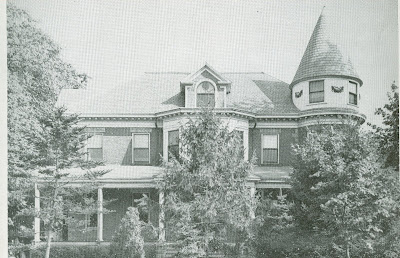 In 1924, Fr. O’Neill purchased the Robinson estate south of the church for $25,000, and after remodeling the house, became its first resident pastor. This rectory was razed in 1973, and was over 100 years old at the time of its demolishment. 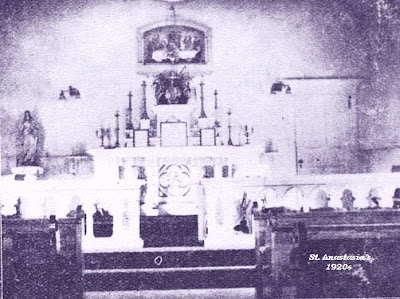 “The original church building was on the site of the present St. Anastasia School. It was presided over by a pixie Irish priest named Father O'Neill, with the map of Ireland on his face and a brogue to match. He was known to accept a touch of the grape should it be offered. He was well loved and served for many years until succeeded by Father Quigley. His housekeeper was Mamie Fitzpatrick, the Ayers maid before their financial decline.”
Memories of Fr. O’Neill are listed in Teaneck’s Oral History, 1970:
Robert N. Morrill, Oral Histories of Teaneck, 1970.

Three handwritten journals (Announcements) from priests who served from 1914-1933 listed all the announcements of social, religious and local events made at Sunday Masses. These documents, which have much in common with today’s Sunday Bulletins, relate such different circumstances as the facts that parishioners paid pew rent, had a published monthly collection—and occasionally had events canceled due to a lack of coal to heat the church. Announcements made of social events from 1914 to 1918 showed that parishioners had Sunday school for children immediately after Mass every week (unless it was canceled due to weather). Boys and girls were taught separately; men and women gathered separately for committee meetings. Events included Holy Name parades and Rosary Altar Society gatherings for holiday altar decorations. Papers and magazines (Our Sunday Visitor, the paper; Scapular, the magazine) were sold in the rear of the church every Sunday.