The First Priests at St. Anastasia's 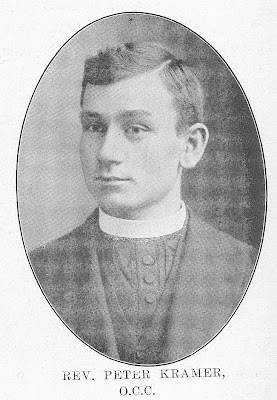 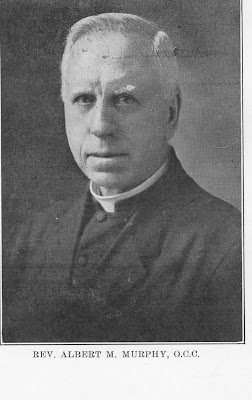 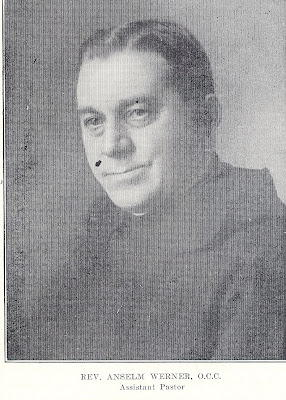 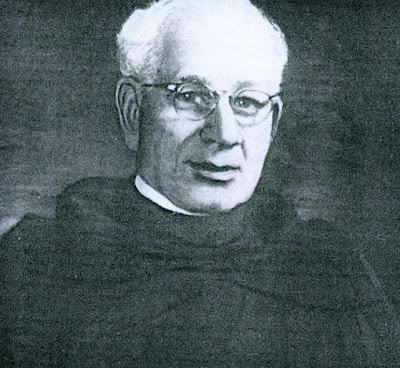 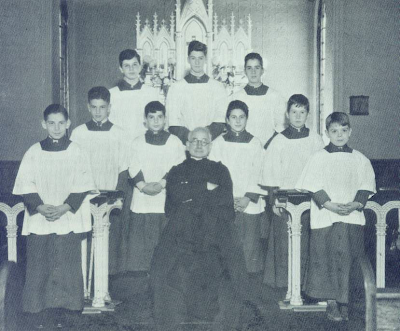 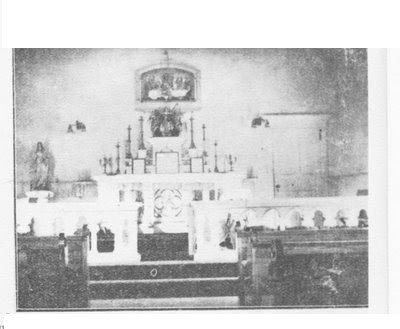 Pictured: Two pictures of Fr. Kramer: working at St. John the Evangelist in later years. Also: Either Fr. Murphy or Werner in the interior of St. Anastasia's, about 1918. Date taken from newspaper containing photo, which stated: "Anastasia Kelly died 9 years ago."

In 1910, Teaneck had 2,082 residents. A parishioner of St. Anastasia’s during that decade remembers the transportation of the priest to the church as very complex:
“[The] Montgomerys went to St. Anastasia Church. Used to got up early on Sunday mornings, make a fire in the hot air furnace, pump out the cellar and then go over to DeGraw Ave. in horse and buggy and pick up the priest--Father Peter.” Milton Pinkham, Oral Histories of Teaneck.

"The first pastor was Fr. Peter Richard Kramer (1908-1913). He was born in Bavaria, I remember the original St. Anastasia Church. It was small. Donated by Mrs. Kelly. The sacred vessels were kept in our house. There was no water in the church so my father would take a pitcher of holy water over to the church--hoping in the winter that it wouldn't freeze…I remember Selvage Ave. when it was a daisy field. Father Peter used to come over from Englewood and we'd have our catechism in the daisy field.” Miss Jane Sullivan, Oral Histories of Teaneck.After leaving St. Anastasia’s, he worked in numerous mission churches for 12 years until he was made superior of the Carmelite community in Pittsburgh. He came back to Bergen County in 1929 to be pastor of St. John’s, Leonia, where he stayed until he died in 1951.